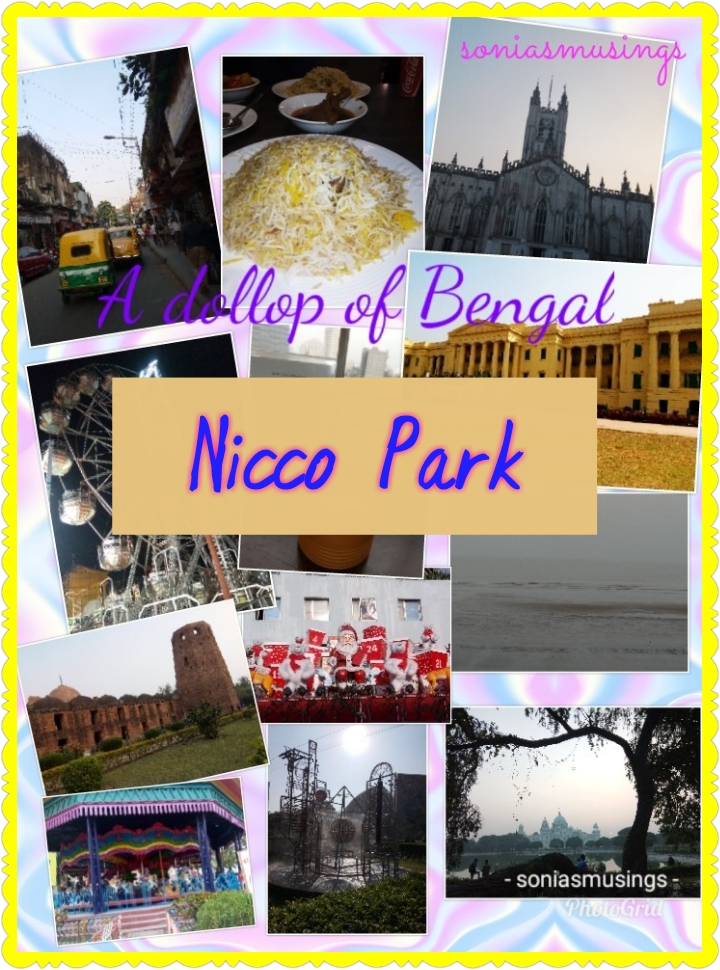 N could have been Naxalbari in Siliguri famous for Naxalite – Maoist insurgency, Nabanna – the building in Howrah which is houses the state secretariat of Bengal, Narayan Debnath – the cartoonist attributed for the creation of characters like Bantul the great, Handa-Bhonda & Nonte Fonte, Nalban boating complex famously referred to as lovers paradise with some great options in food in their food park as well and Nandan, Rabindra Sadan – the film and cultural hub of Kolkata. However my pick up for the day is the largest amusement park in Eastern India also known as the Disneyland of Bengal – Nicco Park.

Nicco Park is an amusement park located in Salt Lake City, Kolkata. Presently, the 40 acre park is home to over 35 different attractions. Sheroo – the tiger is the mascot of the park.