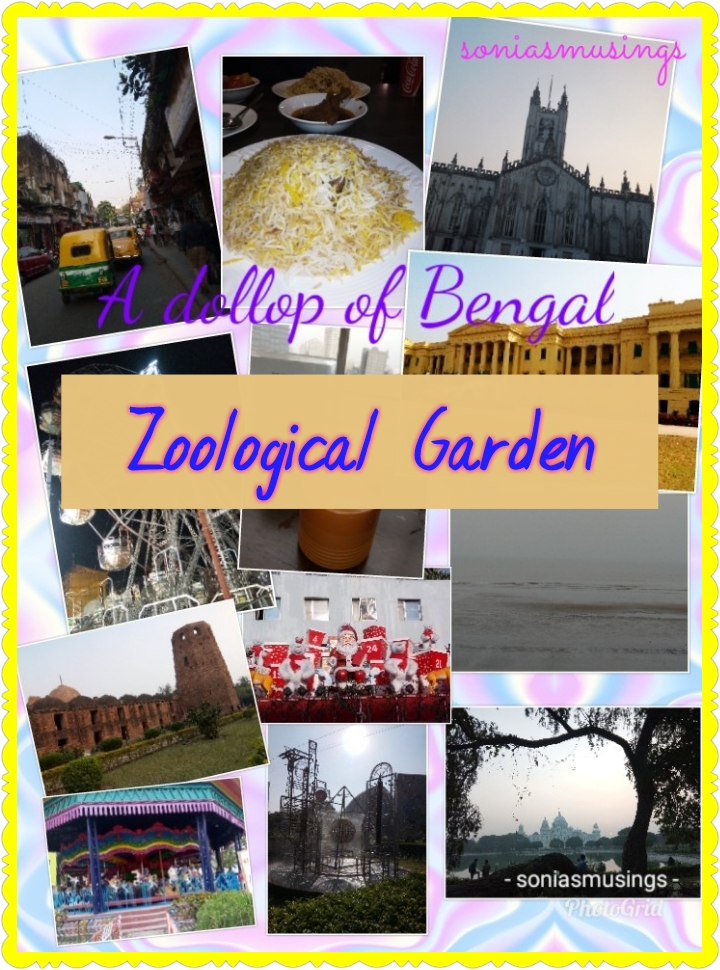 Z could have been Zong Dog Palri Fo-Brang Monastery or another Tibetan Buddhist monastery Zang Dhok Palri Phodang , both located in Kalimpong. But Z had to be India’s oldest formally stated zoological park  – Zoological Garden, Kolkata.

The Zoological Garden, Alipore (also informally called the Alipore Zoo or Calcutta Zoo)with an area of 46.5 acres opened as a zoo in 1876. It is famous as the home of the now expired Aldabra giant tortoise Adwaita, who lived for over 250 years till his death in 2006. It also houses one of the few captive breeding projects involving the Manipur brow-antlered deer. The Zoo is one of the most popular tourist attractions in the city and finds maximum footfall during winter season.

The zoo had its roots in a private menagerie established by the Governor General of India, Richard Wellesley in his summer home at Barrackpore as part of the Indian Natural History Project . The foundation of zoos in major cities around the world caused a growing thought among the British community in Kolkata that the menagerie should be upgraded to a formal zoological garden.

In 1873, the Lieutenant-Governor Sir Richard Temple formally proposed the formation of a zoo in Kolkata, and the Government allotted land based on the joint petition of the Asiatic Society and Agri-Horticultural Society.