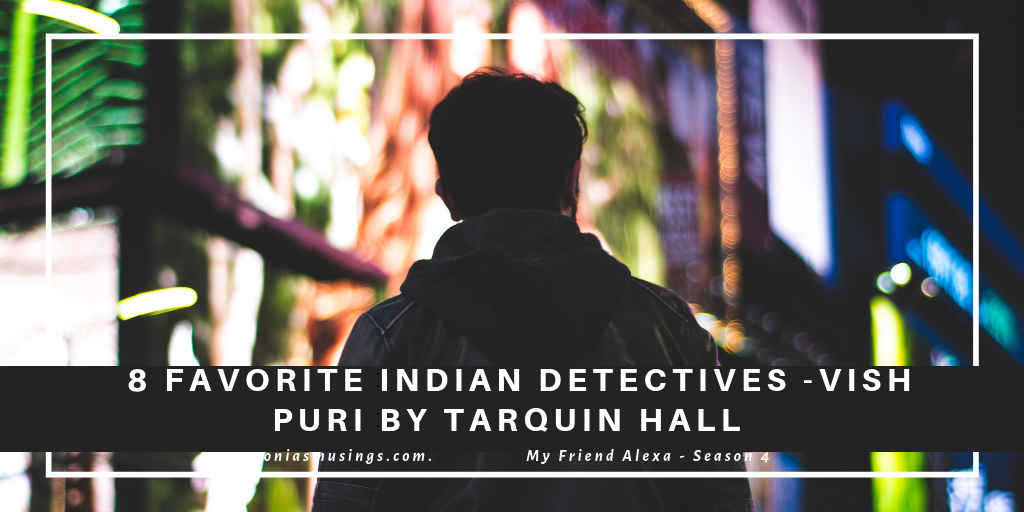 Novels in the series –

The case of the Missing Servant (Vish Puri 1)

The case of the Man Who Died Laughing (Vish Puri 2)

The case of the Deadly Butter Chicken (Vish Puri 3)

The case of the Love Commandoes (Vish Puri 4)

Vishwas Puri, more popular as the 51-year-old Vish Puri is the founder and managing director of Most Private Investigators Ltd. (that goes by the catchline ‘Confidentiality is my Watchword’). A detective based out of Defence colony, Delhi, this Punjabi loves food as much his curious cases. He is often found to devise ways to defy the family physician Dr. Mohan’s cautionary advice related to his high blood pressure and diabetes. His investigation methodology follows the age-old practices of observation and detection using disguise and undercover aliases. He has a unique and funny way of addressing his employees, relatives and close friends. He has a nickname for all like for instance his wife is called Rumpi, his driver, Handbrake; the lazy office-boy, Door Stop; his assistant – the one who takes time to flicker to life, Tubelight; the guy who was the first one to have a flush toilet at his home in his village, Flush and the Nepali woman employee, Facecream. The detective is also referred to as Chubby by his near ones though, for his employees, he prefers to be known as Boss only. A few more interesting characters in Hall’s books are the matriarch in Puri’s family, his mighty Mummyji; his secretary, Elizabeth Rani, and his archrival Hari Kumar.