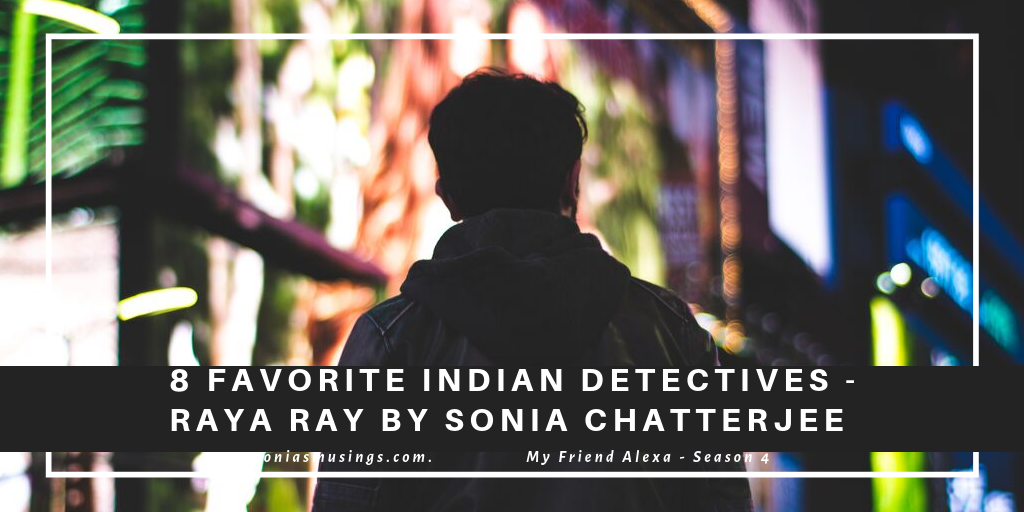 Disclaimer – This bibliophile blogger is also an author and I made my debut with the Detective thriller ‘Deal of Death’ last year. While writing the favorite Indian Detective series, it was quite difficult to choose seven Detectives amidst many that I had read. But the intention was to keep it personal and so I blogged about only those who I had grown to love. This series saw some great responses from authors like Manreet Sodhi Someshwar, Bhaskar Chattopadhyay, and Swati Kaushal. Not to forget, even Anita Nair had liked my tweet about her Detective. But the 8th Detective is a character created from my brain and heart. So how could I not let it be a part of my favorites list! Despite the risk of making this post sound like a bit of self-promotion, I felt that there couldn’t be a better way to make some announcements with respect to the lady sleuth who created quite a furor with her entry.

Novels in the series –

Raya Ray, an ex-marketing honcho had been dealing with loss when a chance to help her Banker husband, Krishanu Banerjee, marked her debut as a Private Investigator in Kolkata. Raya had been handling mundane cases until she lands in Munshiganj in response to a call for assistance from the sister of her house-help.

Raya, who is well-aware of her need to get fit to keep up to her professional needs rarely has any second thoughts while ordering pastries and sweets. She is sharp and analytical while cracking mysteries. During the course of the case, she is often found to seek closure of her wounds through the happenings in her clients’ life. In the world of investigation dominated by men around her, Raya is here to smash gender stereotypes chasing chases criminals and solving cases.

I wrote ‘Deal of Death’ as part of the Blogchatter E-book carnival in 2018. It was one of the first books to reach the download limit of 600 on the Blogchatter platform and it continued being in the ‘out of stock’ status until recently. The book opened to rave reviews and the recent review on the blog Vartika’s diary goes to prove how much this novella is popular even today. The Goodreads rating of the book has been at a consistent 4.59 for more than a year now.