My posts in the A2Z challenge started out as a fun-filled narration on my experiences related to school admissions. With time, I realized how my thoughts were peeling off layers of issues hidden under the security blanket of education. The moment a child is born, a doctor announces its gender to the parents first. And there begins the first step of discrimination because the birth of a baby girl is considered as a burden in a lot of families while a baby boy is a reason to celebrate even today. And from there on begins the set expectations from each gender.

I grew up in a household where equality was the norm. I have seen my father take care of the kitchen as and when required with the same expertise in which he handled his teaching job. Nothing was assigned to be a job based on gender in my home. But the world outside is never so kind. Glass ceilings are a harsh reality for women and I have faced such biases at various places of education and work. But if there was something that I had decided for my son, it was to raise him sans any gender discrimination. But the ‘well-wishers’ can obviously not let me have my way with the child without garnishing our lives with their opinion in generous doses.

As Tuneer learned to play, the first thing that he was drawn to was a kitchen set that I had purchased for him. It used to be his favorite set until recently when the love swayed towards a newly purchased supermarket set. But weren’t kitchens supposed to be a girl’s domain? To those ‘well-meaning souls’, it didn’t matter that the mother hardly entered the kitchen because what was important was to let the child know that he was expected to play with toys befitting a boy. Some went a step ahead and commented on how I was raising him as a girl. With a smile on my face, I would often reply as to how I was so proud of my MasterChef who already knew how to keep his foodie mother happy.

END_OF_DOCUMENT_TOKEN_TO_BE_REPLACED 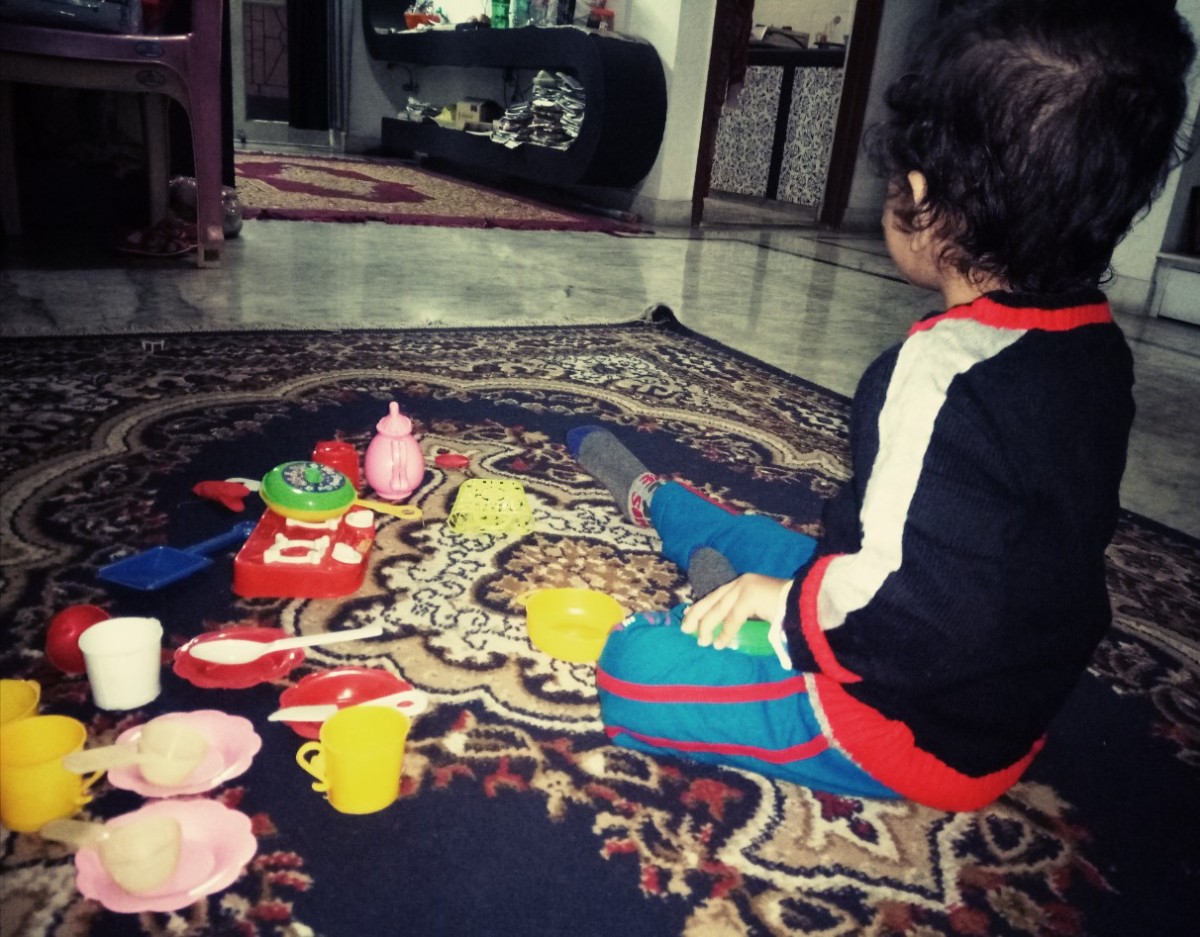 Last evening, my twenty-seven month toddler came asking for the ingredients to make chicken biriyani. He was pretend playing with his grandfather while I was busy with other chores. I was clueless about the answer. Despite my obsession with devouring biriyani at every possible opportunity, I couldn’t recollect ever making an attempt to cook it. Truth be told, I detest cooking. To put things into perspective, I actually hate the sight of kitchens except the time when I need to make my customized cup of sugary-milky coffee. I told him to check with his father after he returned home because his father definitely kept himself updated on the process of churning out delicious home cooked meals.